Cookie preferences
This website uses cookies, which are necessary for the technical operation of the website and are always set. Other cookies, which increase the comfort when using this website, are used for direct advertising or to facilitate interaction with other websites and social networks, are only set with your consent.
Configuration
Technically required
These cookies are necessary for the basic functions of the shop.
"Allow all cookies" cookie
"Decline all cookies" cookie
CSRF token
Cookie preferences
Currency change
Customer-specific caching
Individual prices
Selected shop
Session
Comfort functions
These cookies are used to make the shopping experience even more appealing, for example for the recognition of the visitor.
Note
Statistics & Tracking
Affiliate program
Track device being used
Categories
Information 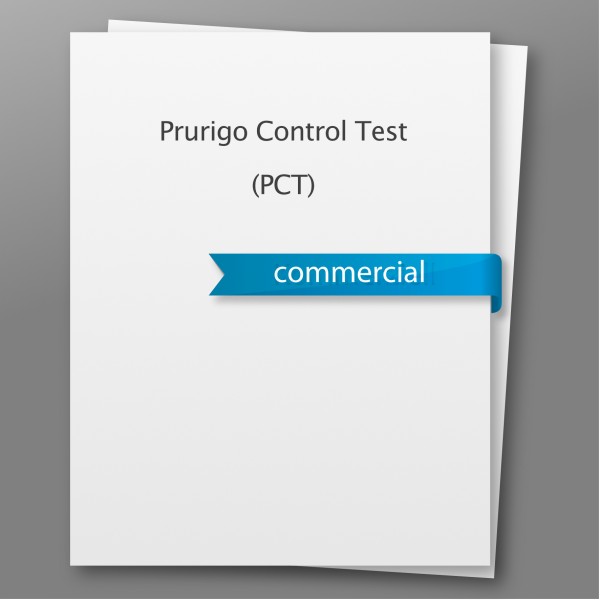 Prices plus VAT plus shipping costs

The PCT is a retrospective instrument and can be evaluated directly, quickly and easily. Its cut-off value of 10 points helps to distinguish patients with poorly controlled chronic prurigo from patients with well controlled disease.

The PCT was developed at the Charité and Münster University Hospital by a team led by Dr. Karsten Weller. Initially, a long list of potential PCT questions was developed with the involvement of patients, experts and the current literature. All potential PCT questions were then evaluated using various methods (e.g. impact analysis) and the number of questions was reduced to a total of five. The final version of the PCT was then tested for validity and reliability in a validation study. 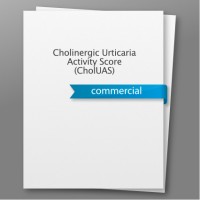 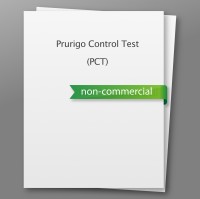 Prurigo Control Test (PCT) - non-commercial use
0.00€ *
Viewed
This website uses cookies, which are necessary for the technical operation of the website and are always set. Other cookies, which increase the usability of this website, serve for direct advertising or simplify interaction with other websites and social networks, will only be used with your consent.
Decline Accept all Configure